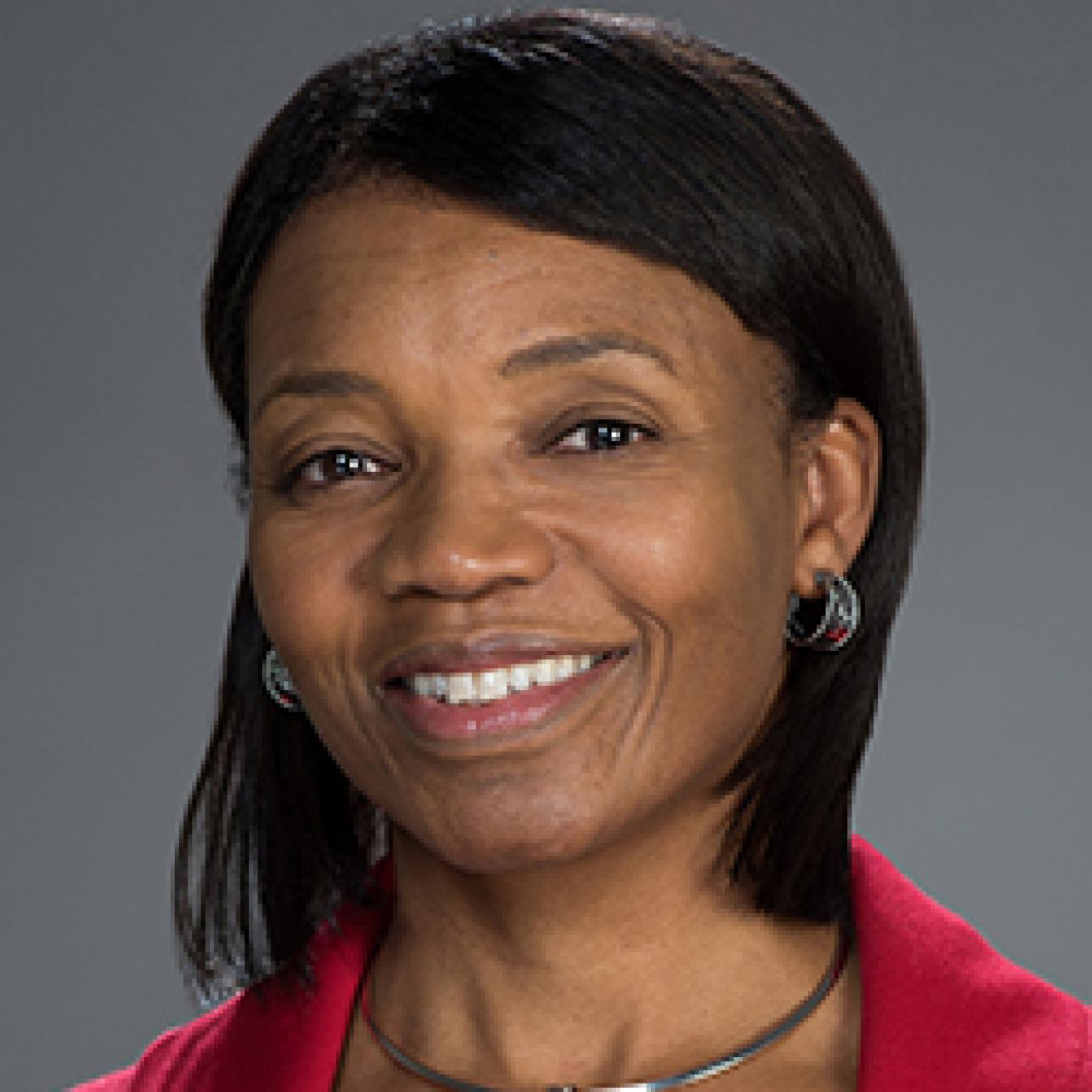 Adrienne Nazon is an engineer. Just not the kind of engineer she thought she would be. Today, she’s working to build Ohio State’s distinct brand, to design and direct its unique story, to share its mission with the world. She’s engineering a message.

She started out soldering circuit boards.

“I studied electrical engineering (at Howard University in Washington D.C.) for three years, and one day I was in the lab creating a circuit board and thought, ‘What am I doing?’” she said.

She answered that question by switching her major to computer systems engineering. She took a job at Westinghouse in 1986, followed by a whirlwind couple of years consulting and traveling. When she decided to come off the road to focus on her personal life, she tackled a challenging project with Kraft Foods in the Chicago area.

And when that was complete, another idea struck her.

Fun, of course, is subjective. In the beginning, Adrienne’s new career meant setting up grocery store displays at 4 a.m. But she rose quickly in the marketing world, and within a decade she was a principal at a fast-paced digital startup.

Another career shift soon followed, this time so she could spend more time with her husband and three children, the youngest of whom was diagnosed with leukemia as a baby. In 2005, Adrienne went to work at the University of Chicago Booth School of Business, where she spent a decade learning and tackling the challenges of marketing’s role in higher education.

Which brought her to Columbus.

Adrienne came to Ohio State in October of 2015, awed by the immense campus and the warmth and connectedness of the community. “I knew Ohio State was big,” she said, “but I don’t think you can appreciate it without being here.”

Her goals for the university are well-defined, an engineer breaking down her tasks. She wants to show that higher education marketing is more than taglines – that it’s about explaining who you are and what you offer in an exceedingly crowded market. She hopes to extend Ohio State’s national and global visibility, keying in on President Michael V. Drake’s call for access and affordability and the university’s unique position to be able to offer both.

“While a lot of schools are talking about it,” she said, “President Drake is pushing it.”